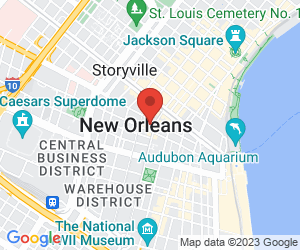 WorldQuant University is the leader in global education for data sciences. We deliver entirely free, online programs that expand access to studies and credentials in data sciences.

Education is most effective when educators, employers, and students work together to create pathways for mutual success. Online technologies make advanced learning available across geographies and enhance outcomes by globally connecting capable candidates and prospective employers.

With enrollment in more than 100 countries, our MSc program in Financial Engineering delivers a rigorous curriculum developed by domain experts. From anywhere in the world, students are guided by professionally experienced faculty to develop the high-level quantitative and data-driven skills in high demand across industries.

WorldQuant University is U.S.-based and accredited by the Distance Education Accrediting Commission (DEAC). To learn more about WQU and our offerings, please visit www.wqu.org.

Online Education: A Bridge not Too Far

How CFOs get their groove back

Guest post for the Milken Institute Global Conference – May 1st, 2017

With 125 Ph.D.s in 15 Countries, a Quant ‘Alpha Factory’ Hunts for Investing Edge

YOU SHOULD USE THESE Daphne Kis has led, invested in, and nurtured more than 35 start-up enterprises internationally and has worked on numerous technology-related initiatives. She is a is a firm believer in the meaningful role technology can play in addressing educational, health and cultural issues across industries. Her commitment to the global empowerment of women in entrepreneurship has motivated her to actively pursue and advise mentor organizations including SheEO, the Women’s Quorum Initiative, and the Springboard Enterprises Tech Council.
In addition to serving as the CEO of WorldQuant University, Kis is a co-founder of digital health startup Litmus Health and expert advisor to the Markle Foundation’s Rework America initiative, where she served as its original project director.
Kis is a board director at Filmbuff.com and at Young Audiences Arts for Learning, a national affiliate network that supports more than five million school children in the U.S. Previously, she spent nearly two decades as co-owner, President, and CEO of EDventure Holdings. She holds an MBA from New York University’s Stern School of Business and a BA in History from Hampshire College.
Kis resides in New York City with her husband and is the proud mother of two adult daughters. Igor Tulchinsky is founder and CEO of WorldQuant LLC, a global private investment management complex established in 2007. Before that, he spent 12 years as a statistical arbitrage portfolio manager at Millennium Management LLC. Tulchinsky was also a venture capitalist, scientist at AT&T Bell Laboratories, video game programmer, and author. He recently founded WorldQuant University, which will offer the world's first free online accredited master's degree in quantitative finance, as well as WorldQuant Ventures, an angel investment firm focused on technology and data companies. Tulchinsky also established the WorldQuant Foundation; a nonprofit organization focused on making a positive impact through targeted donations worldwide. He holds an M.S. in computer science from the University of Texas, completed in a record nine months, and an M.B.A. in finance and entrepreneurship from the Wharton School.

We will send you a maximum of one email per week per company you follow.